The Driver Shortage & How to Combat It

There is a reported shortage of 30,000 drivers in the United States today, and with an influx in ecommerce and mobile purchasing, the need for reliable, young truck drivers is growing. Fact is, the idea of a “truck driver” is changing, and as more and more young people go to college rather than trade school, they fail to realize how lucrative and reliable a truck-driving job can be.

We’ll analyze exactly what caused the shortage of drivers—from the recession to new government regulations—and we’ll talk about the different ways to combat the shortage and incentivize new drivers. The field is changing, and the next generation of truck drivers has a lot to learn, as do companies hiring drivers, so everyone’s needs get met.

Why Is There a Shortage?

These days, the only time you hear the word “shortage” is when referring to jobs, not workers. Except for the truck driving industry. Here’s what led to the turnaround.

How Do You Combat the Shortage?

Because it is difficult for a transportation provider to also raise rates in order to offer higher wages to drivers many carriers continue to find creative ways to combat against rising costs. For example, many carriers are working towards updating their fleet with fuel efficient trucks and onboarding systems that monitor and regulate driving behaviors or deviations from planned routes.

Ultimately, it’s important that shippers think of punitive costs. As transportation companies reach a point that all cost savings methods have been exhausted, and driver wages stagnate, driver performance could be impacted. If a truckload of product doesn’t make it to its destination on time because the transportation company is forced to overwork or overdrive its drivers, the costs to the shipper will be exponentially higher than paying a little more for premium service. 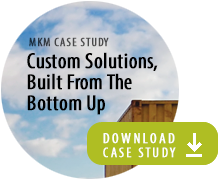