As fulfillment continues to progress and companies that value logistics continue to strive for further efficiency, new methods are employed to ensure that things are as cost effective as possible. Dimensional Weights (also known as DIM Weights) are one way that fulfillment companies, particularly parcel handlers like FedEx and UPS, are attempting to ensure they’re still profiting from small or lightweight packages, even though they may take up a significant amount of space in a vehicle.

Parcel companies often charge by the weight of the package—that is, it generally costs less to ship an 8 lbs. package than a 16 lbs. package. However, many parcel companies have discovered that those packages that weigh less might not be as profitable to them, especially if they take up a significant amount of space. (For example, a pillow may fit in a relatively large box, but weigh very little.) That means that more profitable boxes—those that weigh more—may not make it on to a particular flight because of space restrictions.

For retailers in particular, who are used to charging shipping rates based on the rough weight of an item, DIM weights can cause an influx of back charges, meaning retailers are forced to pay more for their packages than the customer was originally charged for, which in turn means the retailer’s profit margin decreases. You’ve inevitably seen large boxes delivered that may have only had a single t-shirt, or a single CD or book. Some fulfillment providers only stock certain sizes of boxes, meaning that some small and lightweight items are packaged in boxes much larger than necessary.

What You Can Do

DIM weights have been in use since 2007 by all major parcel carriers, including the US Postal Service. Many fulfillment centers and third-party logistics (3PL) providers are investing in dimensioning equipment to ensure that shipping prices are accurately charged (as well as allowing the business to optimize space for the package). As an alternative, fulfillment centers and 3PL providers may invest in additional packaging for smaller, lightweight items, but space constrictions in some warehouses may not allow for this.

Ideally, it’s best to know the specific costs and theoretical weights for whichever parcel company through which you’re delivering to ensure you aren’t losing money on shipping costs. 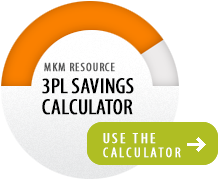